﻿-This is a phenomenon that occurs in children during extended days off from school similar to the summer vacation. The phenomenon was studied extensively by Johns Hopkins University researchers Karl Alexander, Doris Entwisle, and Linda Olson (2007), whose longitudinal study tracked Baltimore students from 1st grade through age 22. Although low-income children in the study made as much progress in reading during the academic year as middle-income children did, the poorer children's reading skills slipped away during the summer months. The researchers concluded that two-thirds of the 9th grade reading achievement gap can be explained by unequal access to summer learning opportunities during elementary school. This achievement level is a huge determinant of whether students stay in school and follow a college-preparatory track.

More recent findings have reached equally alarming conclusions. In a comprehensive analysis published by the RAND Corporation, McCombs and colleagues (2011) note that elementary students' performance falls by about a month during the summer, but the decline is far worse for lower-income students. Most disturbing, it appears that summer learning loss is cumulative and that, over time, these periods of differential learning rates between low-income and higher-income students contribute substantially to the achievement gap. These researchers concluded that efforts to close the achievement gap during the school year alone may be unsuccessful.

The Campaign for Grade-Level Reading, a collaborative effort among dozens of foundations, lists summer learning loss as one of the three major obstacles to reading proficiency at the end of 3rd grade (Gewertz, 2011). (The others are children starting kindergarten un prepared to succeed and chronic absenteeism in the early grades.) This early learning gap has far-reaching negative consequences. According to a recent study by the Annie E. Casey Foundation, "one in six children who are not reading proficiently in 3rd grade do not graduate from high school on time, a rate four times greater than that for proficient readers" (Hernandez, 2011, p. 3).

Trying to rectify the learning loss that occurs in the summer is costly. There are estimates that re-teaching forgotten material when students return to school after the summer costs more than $1,500 per student each year, or more than $18,000 over the course of a K–12 career (Fairchild & Boulay, 2002). Schools can ill afford these expenses at a time when their budgets are already stretched to the breaking point.

In our schools although limited summer learning programs are offered, for example, the Algebra Bridge for 7th graders, most of the summer school programs are tailored for children who have under performed in the prior year. The financial difficulty faced by HISD schools limits the other options that could be offered to all students.This puts the onus on parents to stem the effect of this phenomenon especially in middle school students whose brains are on the constant lookout to take on additional challenges and stimuli. Two months without opportunity to engage the brain will result in a downward trend in academic performance. It affects both literary skills and math computational skills which clearly cannot be ignored.

Simple steps to arrest this fall are as follows:

1. Engage your middle schoolers brain in reading activities. For example: Completing the summer reading assignment. Competing in the reading competition that is hosted by the library. This year the Houston library has offered Chipotle meals, Astro's game tickets and Bicycles among other as prizes at various levels. The middle schooler should read at their Lexile (or equivalent) score level.

2. Practice Math learned during school. Example: If your middle schooler has not engaged in any of the Think Thru Math sessions during the year or has left it incomplete, get them to work on it and complete it. Math bridge sessions at school or camps are a great way too.

3. Engage in creative ideas which instill a deep wonder about nature and yet make them use their imagination to do new ways to doing the same thing. An example would be the take them on a trip to the park and ask them to complete a writing assignment with an inventory of the living things seen from memory.

4. Engage in joint projects using knowledge learnt during prior school year: For example issue the book "Geek Dad" from the library. It has lot of fun projects that can be done together by the family.​

Extracts used in this article are from the journal, Educational Leadership and are Copyright protected. Copyright permission has been obtained through Copyright Clearance Center. Please contact us at ptompvams@gmail.com for knowing more about copyright protection.

You can also read more about this at www.rand.org/content/dam/rand/pubs/monographs/2011/RAND_MG1120.pdf 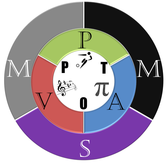